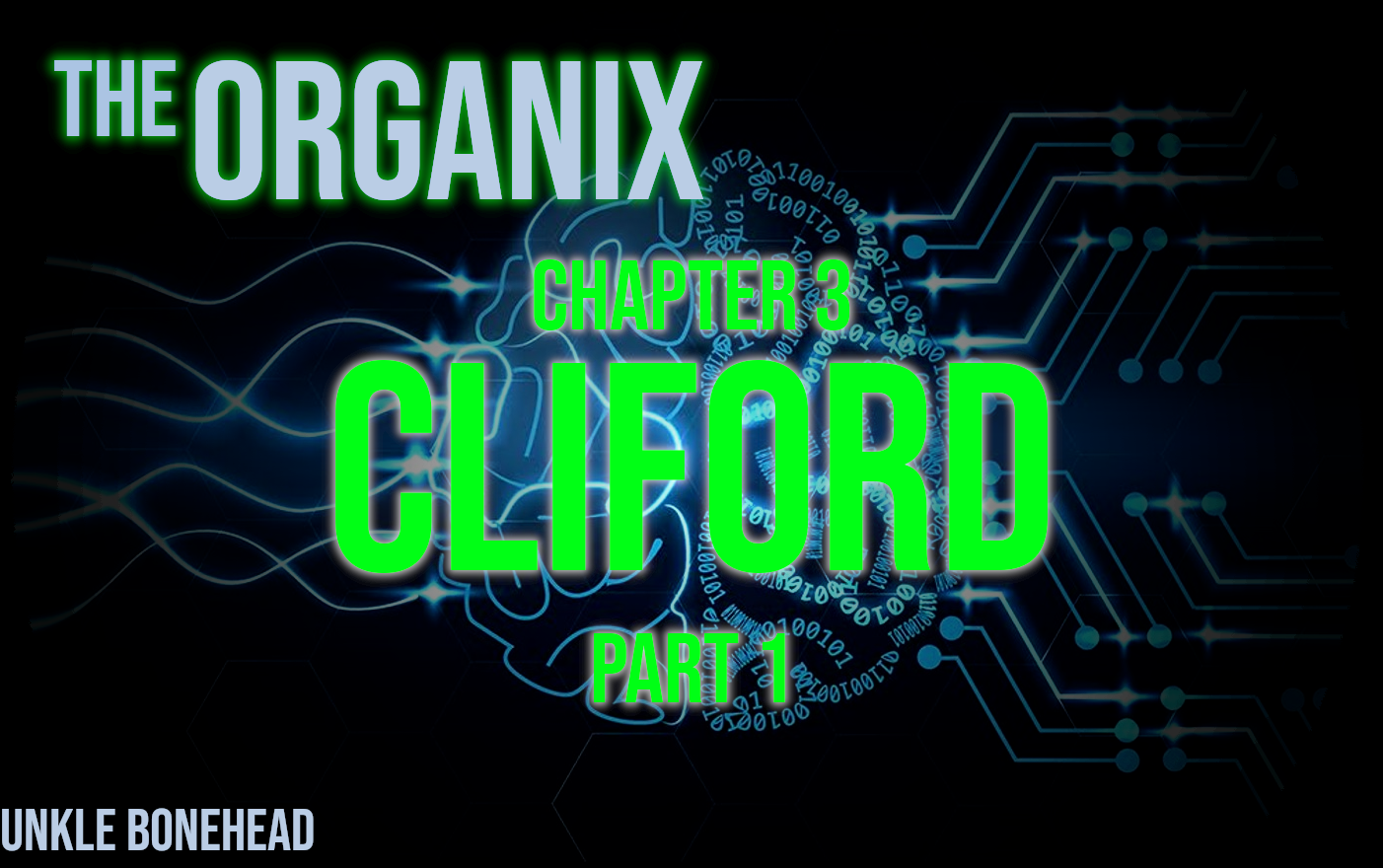 The Organix by Unkle Bonehead

Riding with the cruise control set at 70 mph. The radio at full blast and the CB radio turned up just enough to hear if there is any talking over the music. Jimmy is in his glory. This was his favorite part of his run. He could set the cruise and the Peterbuilt would just hold it’s own. The roadway was nearly flat and you could see for miles. Except for the couple of curves that were sharp enough you couldnt see around them. Just tap the clutch or brake pedal and the cruise disengages and just let the tractor trailer slow a bit. Then when you can see again tap that button and it just takes back off gaining as much speed as it needs.

He’s now a little over 2 hours into the 5 hour trip down to Dallas. Almost there and then it’s unload time! He going to get a lumper today. Just dont feel like doing the break down of all these turkeys. They get too heavy having 6 whole birds in a case. Thats like 80 lbs a case and they usually require you to take a least one layer off of a pallet. Thats too much like work today. So he will make the broker pay for the lumper while he just sits back and takes a nap. This 3am up is getting old.

“Uh oh! Got some disco lights going on up here!” he says into he CB mic. “Back it down westbound”! Jummy turns the music down so he can concentrate on the action. Because you know, everybodys gotta slow down and take pictures for Facebook.

“What lane we need to be in here” chirps the cb. “Jimmy replys with “I can’t really tell yet. Looks like all the action is up on the get on ramp”. As they crawl by at almost idle speed Jimmy disconnected his seatbelt and stands up to lean over as far as he can to get a look out the passenger window.

“Looks like there’s two meat wagons and a shit ton of troopers up there” he exclaims into the mic. “Daaaaaamn, driver. Must been a drug bust gone bad. Sure hope it wasn’t my delivery” the came over the cb. Followed by a howl of laughter from several other drivers.

Traffice lets loose and everybody starts grabbing gears again. Jimmy moves into the left lane to blow past a slower truck. Just as he passes him the cb chirps, “Hey, Riley Transport. You got some weird lookin cables hanging out the back of your sleeper.” “Really? What they look like” Jimmy asked. “I dont know, they kinda like a really dark green almost black. I’ve never seen any like those before. Almost look they were moving but they definitly flappin in da wind.” Jimmy says “Alright, I suppose I should take a look at them. But I’ll wait till I get to the rest area. All my gauges and warning lights are good.”
“10-4, driver. Thought you would want to know. Have a safe ride my cb friend!’

Jimmy hits resume on the cruise control and bumbs it up 5 more since the speed limit is up to 75 now.

The little roots from the football have been making their way through all of Jimmy’s cabinets. Quickly consuming all of his groceries. Especially the peanut butter, jelly, granola bars anything with protein. They even made there way into the refridgerator and consumed his eggs, milk and raw hamburger. Leaving nothing but some small puddles of gelatinous goo everywhere.

The roots are now outside the back of the cab and working there way across the frame rails and catwalk of the truck. They sensed that it was a refrigerated trailer that had the temperature set at 0 degrees. Most likely some kind of flash frozen produce or meat. They reached the trailer and proceeded to almost drill into the bulkhead of the trailer like it was a hot knife through butter.

Now inside the roots realized that they had hit the jackpot. 42,000 lbs of raw whole turkeys. Mega protein and enough to protein to build as many nanobots it would need to complete it’s mission.

Back in the cab Jimmy gets a phone call. It’s his son. “Hey, little man! What you doing” Jimmy answered joyfully. He loved talking to his son. He doesnt get to see him very much because of the job so their conversations were always a breath of freash air. His son is ten in March and loves to play with the “rough toys”, as his wife says. Little John is like his dad. Drive and ride anything with wheels that has a lot of power and goes really fast. They continue to talk for the next 20 minutes about all the things they want to do this summer. Jimmy was glad his son called him everyday before school. Little John even sets his own alarm clock so he can get up early to call him. And Jimmy calls him everyday at 2:46 pm. The second he walks in the front door from school. For Jimmy being gone all week long every week. He and his boy were as tight as any father son relationship could be.

All the while the football has been quietly evesdropping on Jimmy’s phone call and gathering all kinds of intelligence from Jimmy’s wifi hot spot. The perfect little secret spy.

Listen to my live show on MSPwaves on Sundays 1am - 3am UTC!