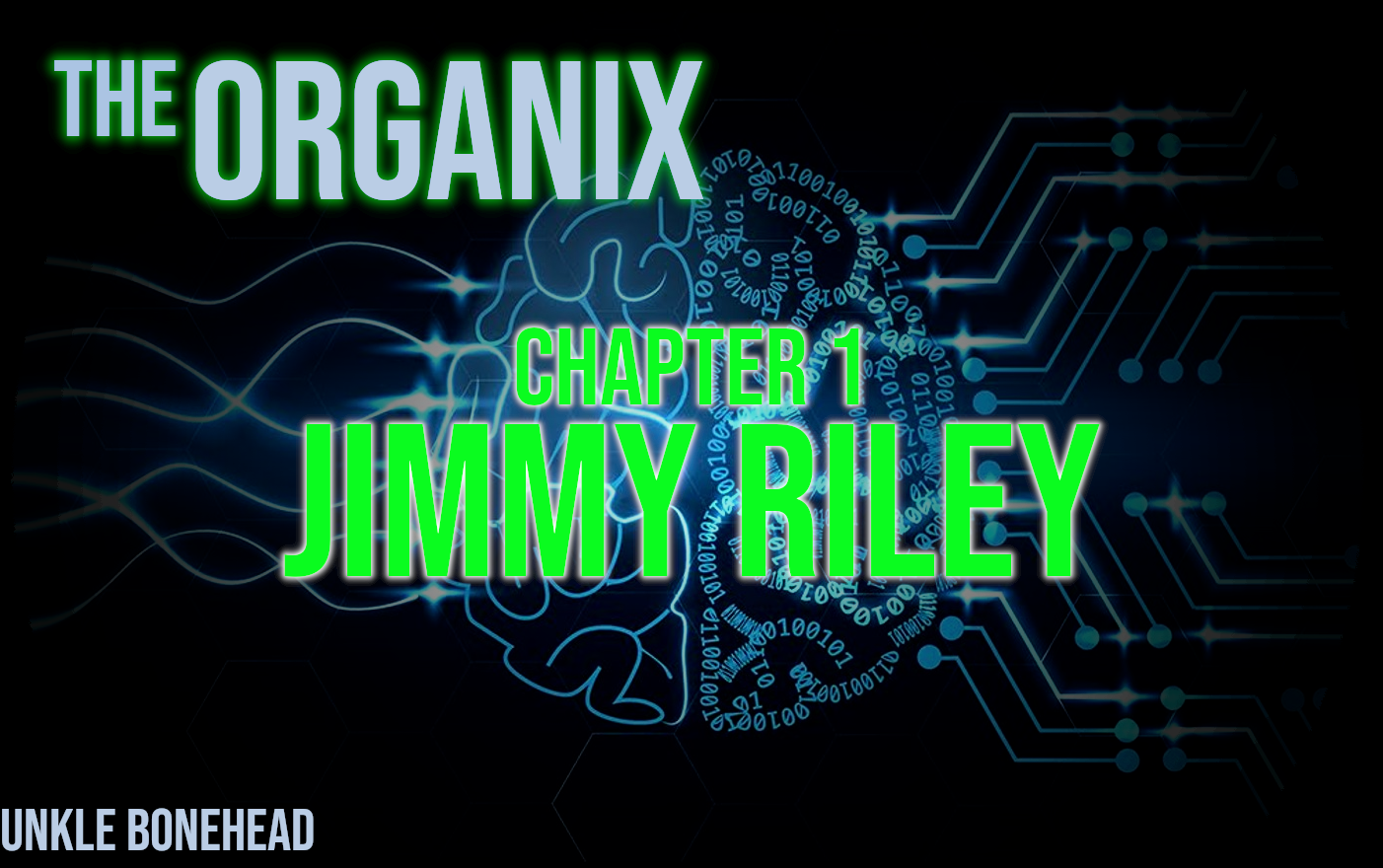 The Organix By Unkle Bonehead

The beep, beep, beep of the worlds most annoying alarm clock began. Jimmy hated this part of the day. Waking up and forcing yourself to be happy about it just didnt seem like it was worth it anymore. He shut off the alarm and lie there with his eyes open for a minute. Admiring at how dark it can get in the sleeper of his Peterbuilt. But knowing that he wont get anywhere staring into the darkness he yawns and stretched.

Kicking off the blankets and turning on the light at the same time he sees his coffee pot is there and ready. Just have to hit the start button to brew it. He always kept it prepped and ready the night before.
He hits the button and in a matter of 10 minutes he's dressed and in the drivers seat with coffee in hand. Turning on the cb radio to listen for any chatter he notices what looks like a welding torch behind his trailer.

“Somebody probably broke an axle in this shit hole parking lot”, he muttered to himself. It’s true. The Southfork is a wonderful place for drivers to stop at if you can navigate around the holes in the lot. A top notch restaurant and always hot showers. But, man that parking lot is huge and full of giant holes that could knock a tractor trailer on it’s side.

He poured himself another cup of joe and slipped out of the trucks cab to do his pre trip inspection. Something he thought that not enough drivers do nowadays. With all the onboard sensors and computers in today's trucks they damn near drive themselves. But not his old truck. He loved his 20 year old 379. It was dependable and the caterpillar motor never even sputtered. He cant stand all these new trucks and the technology that takes the fun out of the job.

He raised the hood and stepped between the steer tire and the engine. Checked the oil, antifreeze and power steering fluids. All good just like normal. Grabbing wires, hoses and belts he found everything tight and snug, again just like normal. Leaf springs, shocks and brake pads look good as well as the wheel seals. Satisfied with everything under the hood he closes it with a slam and latches the hooks down.
Moving down the passenger side of the truck and trailer with coffee in one hand and a tire thumper in the other. He checks the suspension, air bags and tires as well as the lights. When all 136 lights on the truck and trailer are on it looks like a small city going down the road. “Absolutely beautiful” he mutters to himself.

He rounded the rear of the trailer and notices that there is nobody around. But he saw the lights of a welder earlier. But there laying on the ground was a small football shaped object that was glowing a reddish teal iridescent glow.

It was sitting there in the middle of what looked like a large burn spot from an extremely hot fire. With the reddish glow slowly fading away and more of the teal fading in.

He wondered if it was hot to the touch. He stuck a finger on it and it was warm. But not overly burning. Similar to when his cell phone gets super hot when watching videos online. It felt soft to the touch but somehow had a metallic feel. Bendable metal? Remembering a news story about some new Nerf football that was announced he though this might be one from some other drivers shipment. Knowing it would make a great gift for his son he picked it up and continued with the rest of his pre trip inspection moving up the drivers side of the truck and trailer.

With his pre trip done and the electronic log book all set and ready he tossed the “football” into a shelf in his sleeper.
Settling into the drivers seat and donning his seat belt he readies his playlist for the five hour drive to Dallas. He slips the truck into gear, releases the brakes and the motor begins the low guttural growl of pulling all 78,280lbs into motion.

As he enters westbound interstate 30 he pushes the big play button on his playlist. The chuga, chuga, chuga guitar intro of Pantera’s “Cowboys from Hell” begins to fill the cab at an extremely high volume level. Not only because the radio has to be that loud to hear it over the straight pipes of his Peterbuilt. But because he loved to listen to it that loud. Now it was time to do his favorite part of the job. Now its time to drive.

But back in the sleeper the little “football” began to glow even brighter. And tiny little blackish green tentacles began to spread out from it like a fast growing root system.